Whitewater Draw is not only about cranes.

The very first bird is a Great Horned Owl (Amerikaanse Oehoe), roosting in the covered lunch area. The Dutch bird picture site birdpix has a picture of this same bird in the same location from last year! 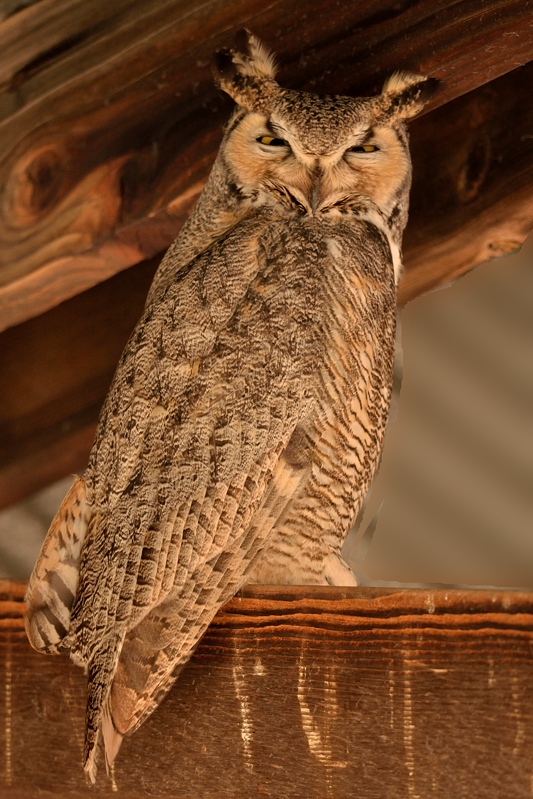 There are many ducks in the area. Nothern Pintails, Shovelers and Cinnamon Teal. For me, the Cinnamon Teal (Kaneeltaling) was the most special bird, so I took his picture. 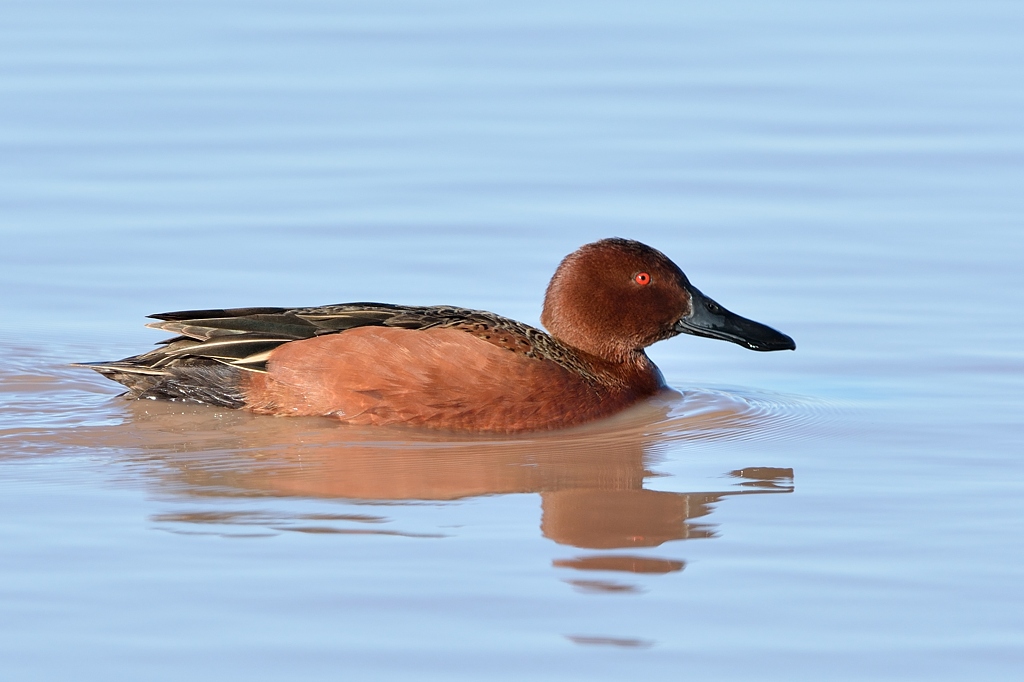 The white-crowned sparrow (Witkruingors) is a common bird in all of the US. On the lake shore at Whitewater Draw there were very many. 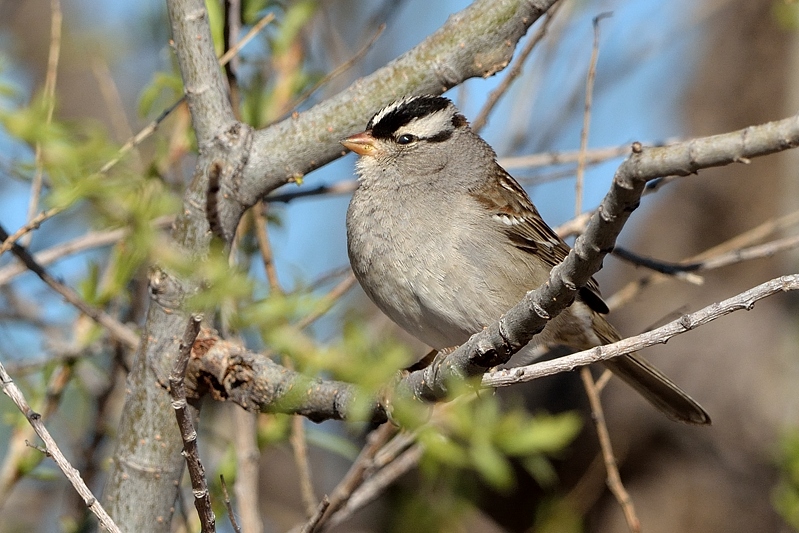 There were many flycatchers too. This is a female Vermilion Flycatcher (Rode tiran), not as colorful as the red male, but still a beautiful bird. 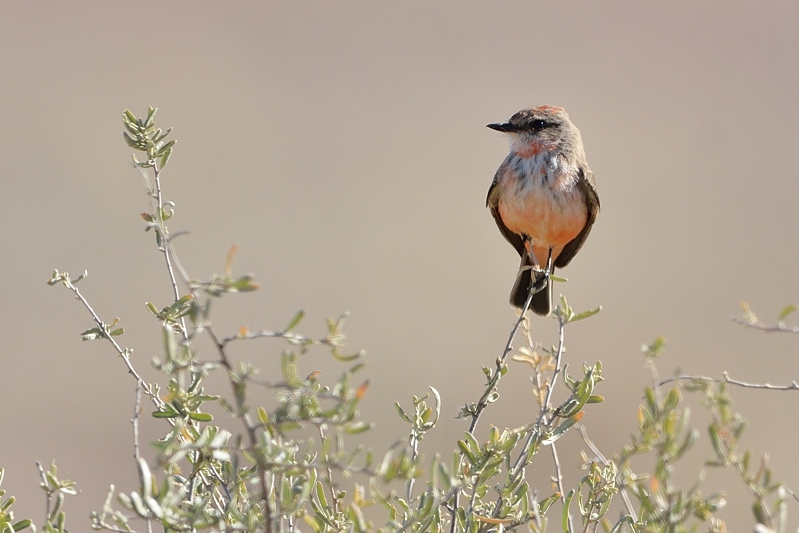 The Common Yellowtroat (Gewone maskerzanger) looks tropical, but actually breeds in all Canada and the US. The birds winter in Central America and the southern states of the US. 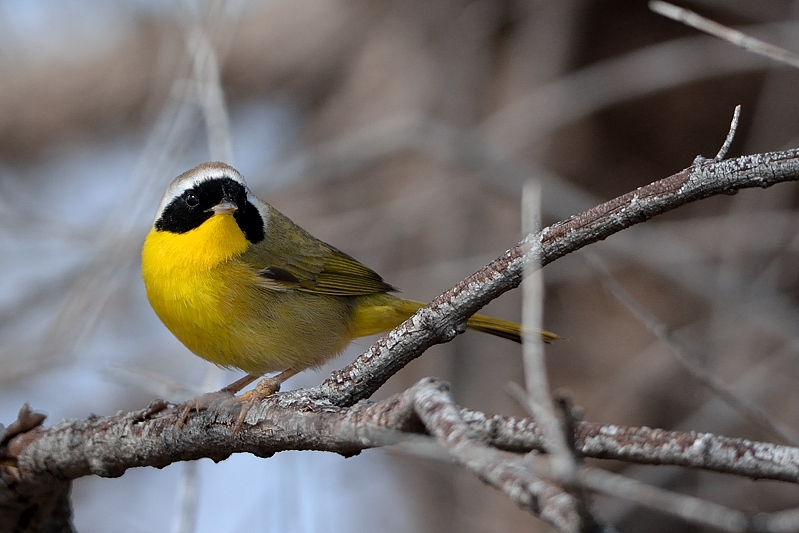 As a leave the preserve, a group of Western Meadowlarks (Geelkaakweidespreeuw) is sitting on the fence. Unfortunately they did not wait for me to get my camera ready, so this picture is from very far and not very good. Still, it is another new species for me. 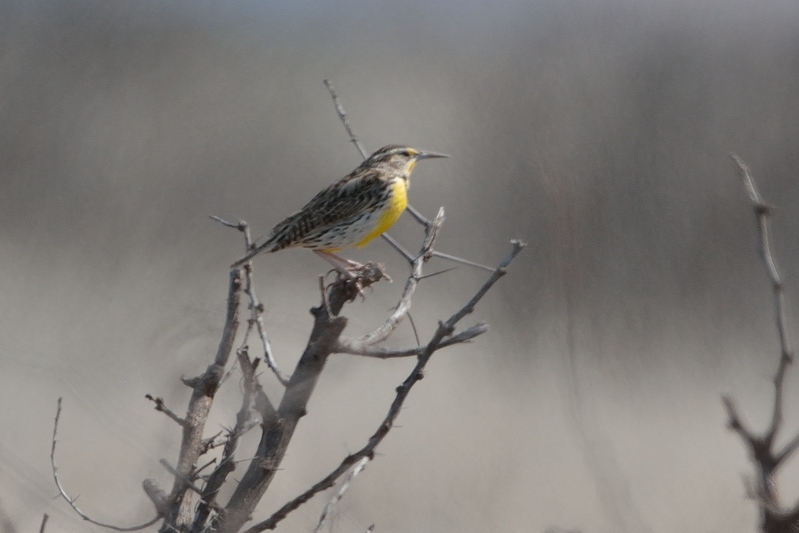 Sandhill Cranes (Canadese kraanvogels) winter in the southern part of the US in very large groups near water. One of these wintering areas is Whitewater Draw in the Southeastern part of Arizona, about 2 hours drive from Tucson. Whitewater Draw is a nature preserve around a lake, set aside mostly to protect the Sandhill Cranes. According to the signs posted, about 80,000 crane come together in the winter in this area.

The Cranes have a very predictable daily routine: around sunrise they leave to go feed on the fields in the area. They like corn and wheat. Given the number of birds, I suspect the farmers are paid to grow the food for the cranes, but I have not been able to find information about that.

When I arrive around 8 in the morning there are no cranes at all. A lady says who is walking her dog tells me ‘you are late’. For moment I thought she meant that the cranes left for Canada, but then she says they will be back at 10:30. And indeed they are.

It is harder than I expected to get good pictures, because the cranes are pretty far from the viewing areas. As more cranes arrive, however, the later birds do come closer to the boardwalk. 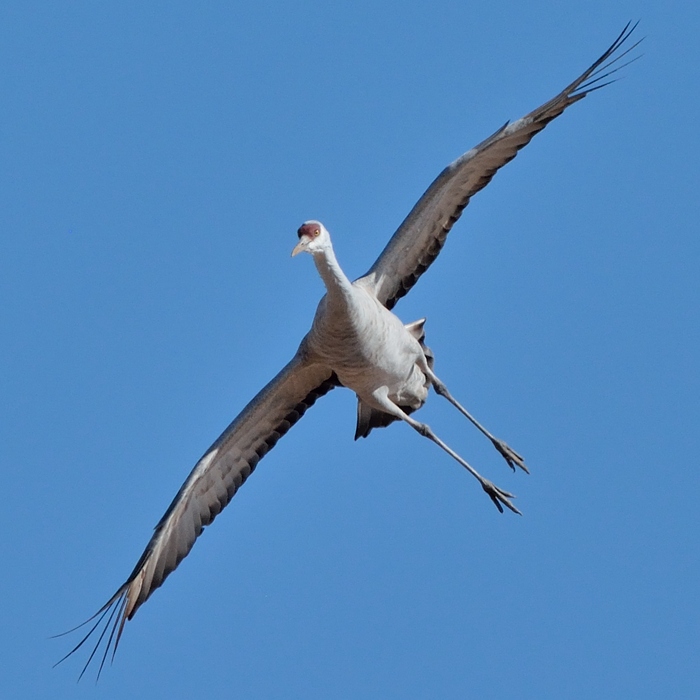 The birds gather in very large numbers. Thousands of birds that appear on the horizon like a black cloud, as if it is a group of sparrows. 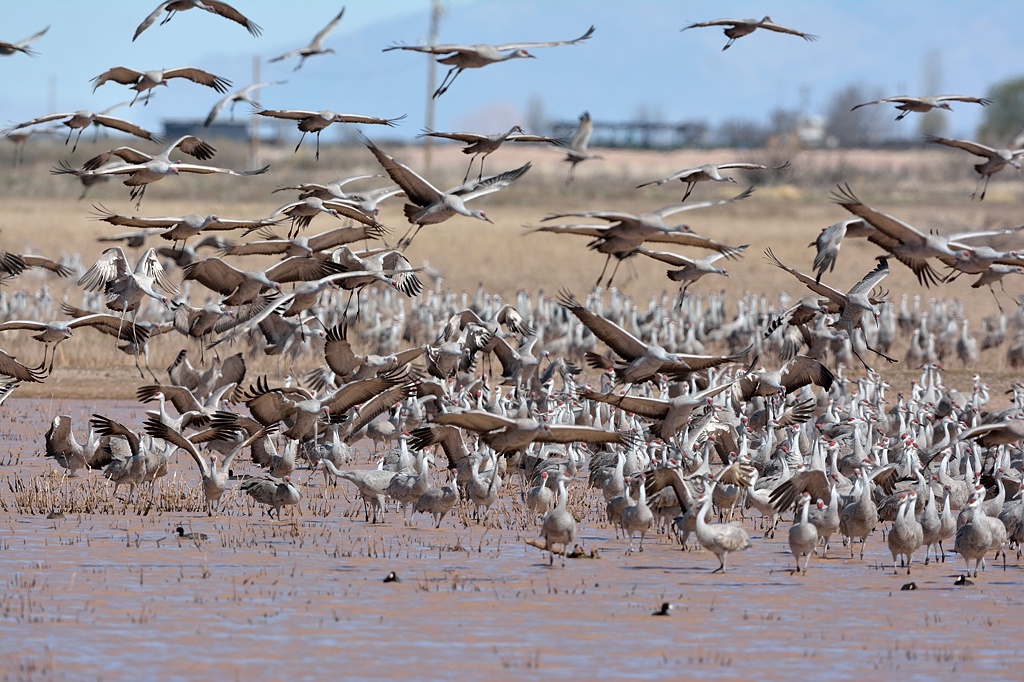 After they arrive, they just relax. 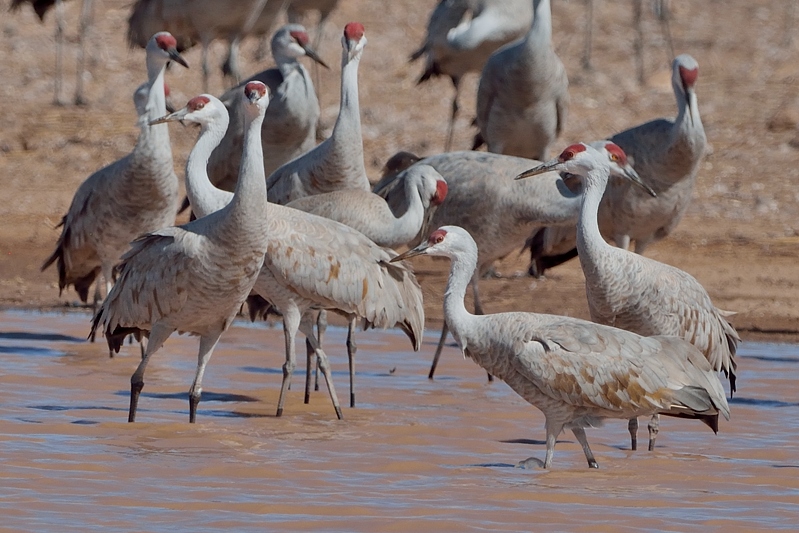 Or they go look for friends on the other side of the lake. Or whatever reason they have to cross the lake. 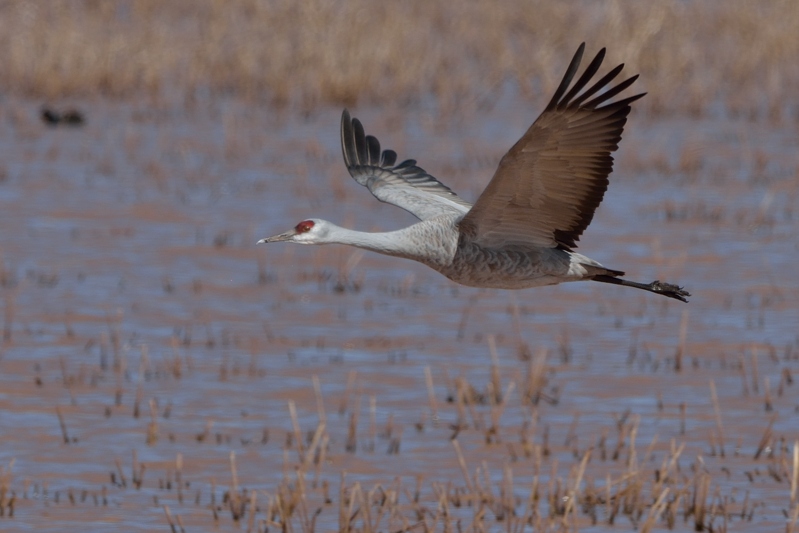