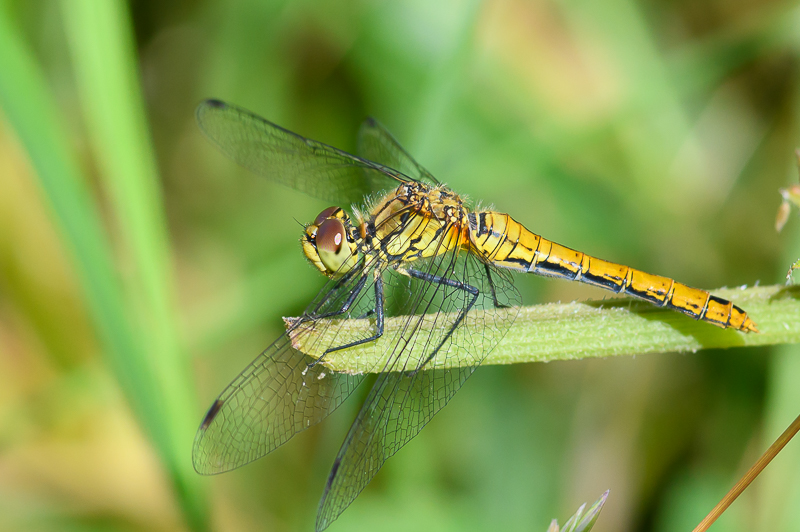 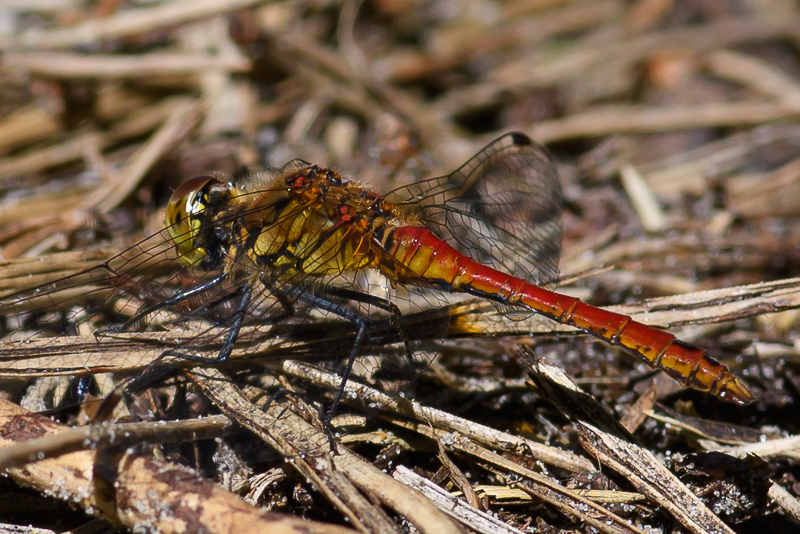 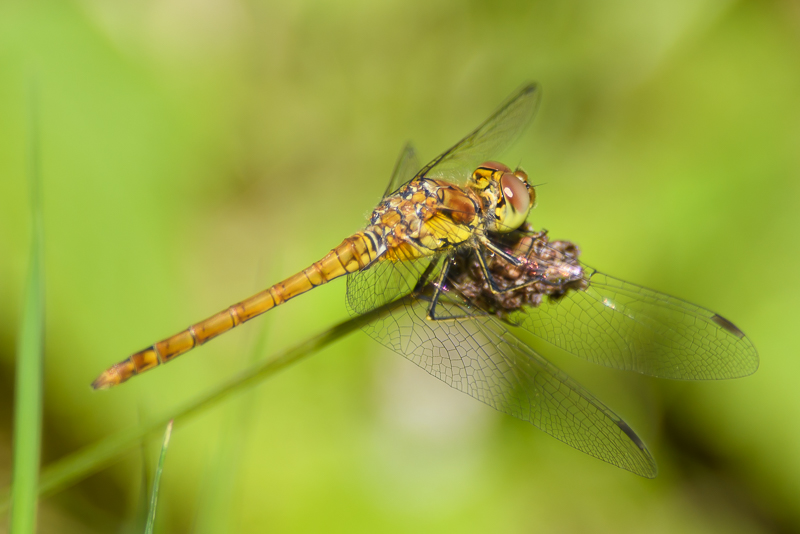 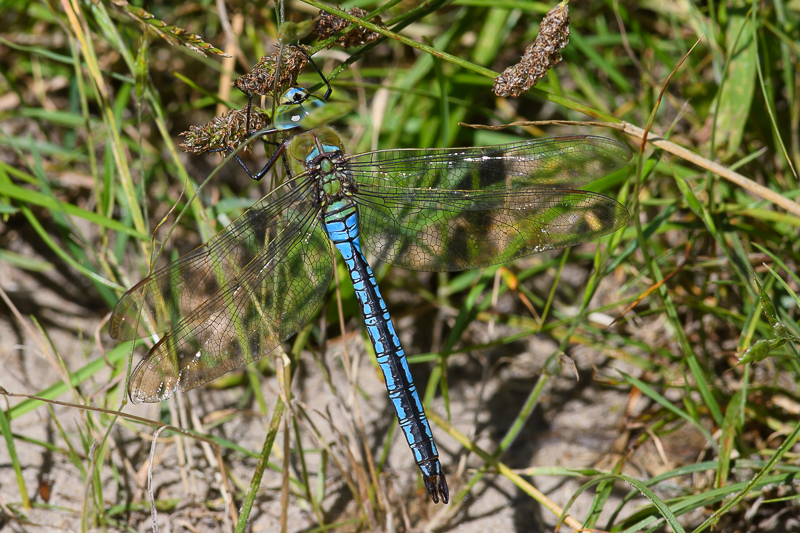 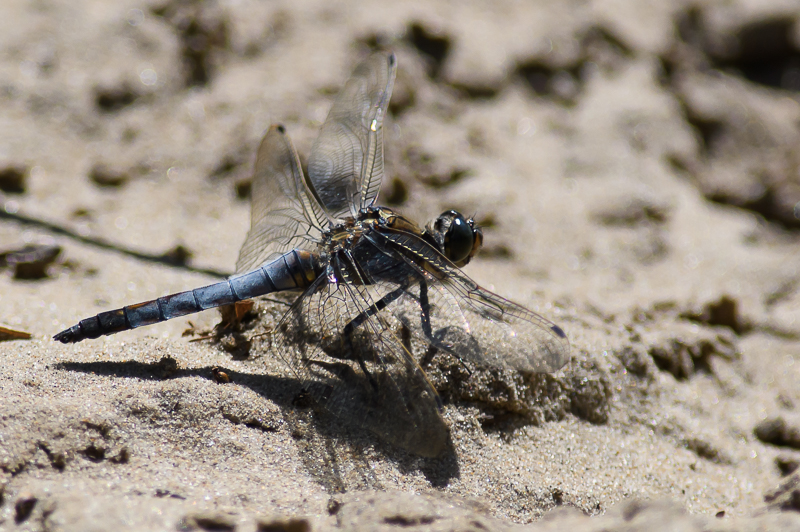 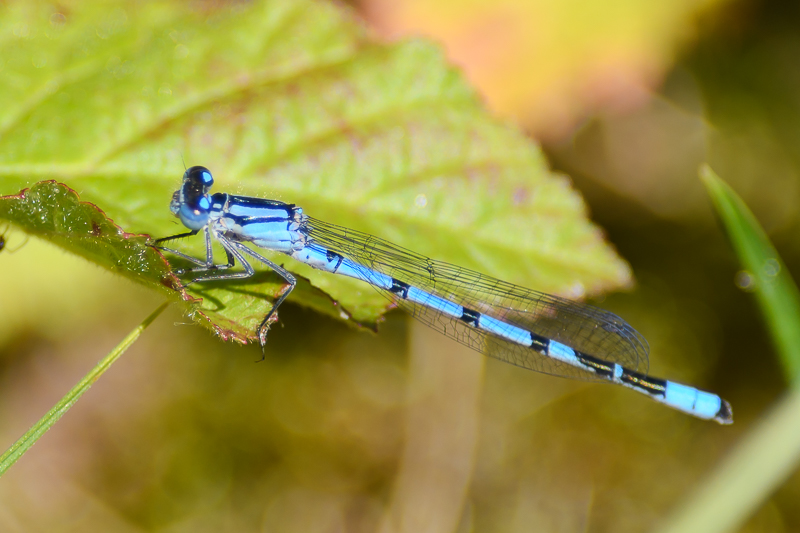 Of course I did go out more with the new Nikon D500 camera, to see what it can do.To summarize my findings so far: the autofocus is really very fast, but the pictures are not all as sharp as I had hoped.  That said, I did make progress with the flying swallows.  ISO 200 can very close to pixel-sharp and while even 400 ISO images are not noise free, a 10,000 ISO image can be made presentable.

You can click on the pictures in the post to show them in the 800×533 resolution that I exported them with. 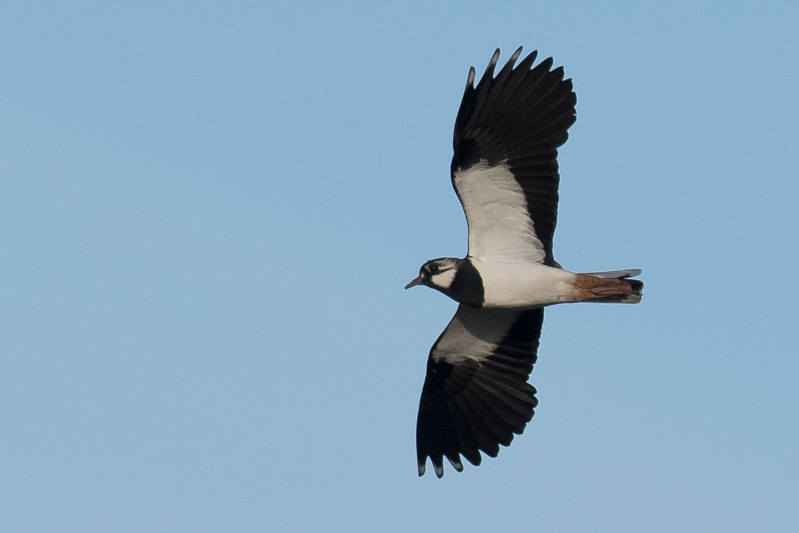 Next a Common Buzzard (Buizerd), also with spot metering.  This picture is taken with the new 80-400 zoom lens at 400mm F5.6.  ISO 200 and 1/1600 second.  View NXi shows that the focus point is not exactly on the bird, although I am not sure that makes too much of difference. 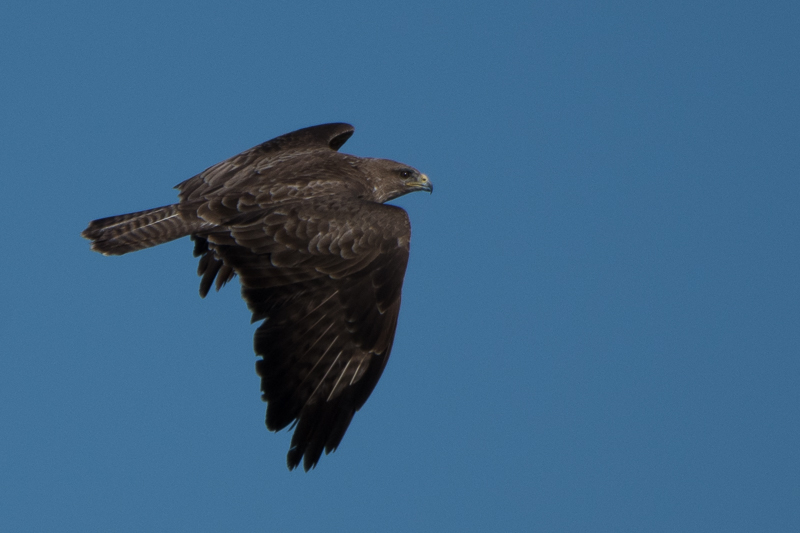 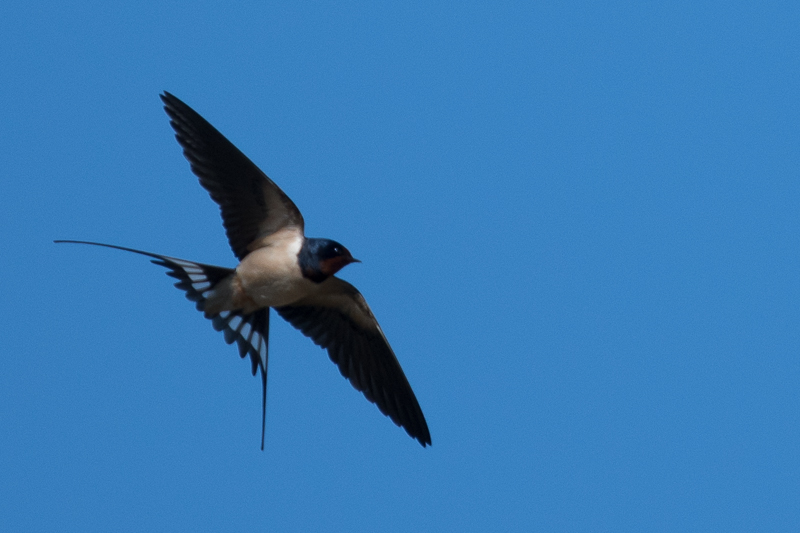 None of these pictures would make it to the www.birdpix.nl site, but it is progress as compared to day 1.   The Nikon D500 does have more options with respect to the autofocus, it is quite possible that more experience and patience will give sharper pictures.

The Nikon D500 is advertised to have good low light capabilities, so let me show an example of that too.  Below a Mandarin Duck (mandarijneend) taken with the 300mm F2.8 lens  The settings were 1/500sec, f/5.6, ISO 11400.  This is based on a crop of 1598×1064 pixels.  Given the ISO, it is actually pretty impressive what the camera and Lightroom can make of this picture.  Before Adobe Lightroom, it did not look as impressive.  The camera has a tendency to overexpose it seems. 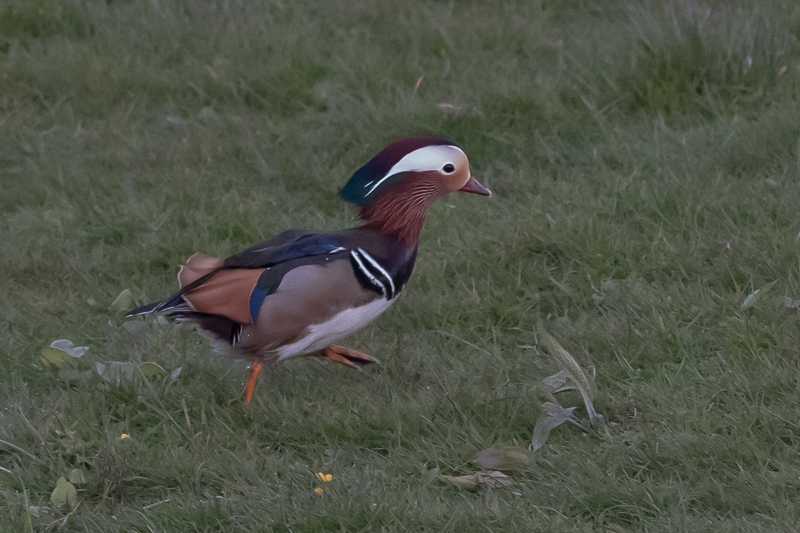 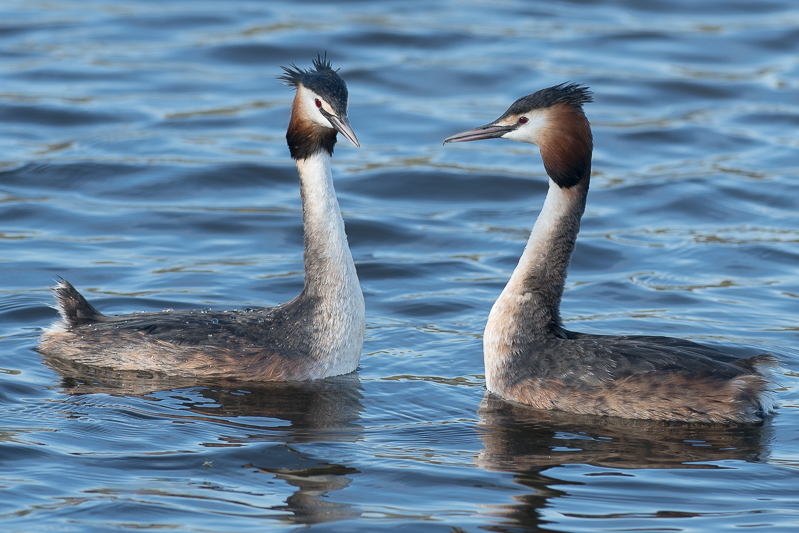 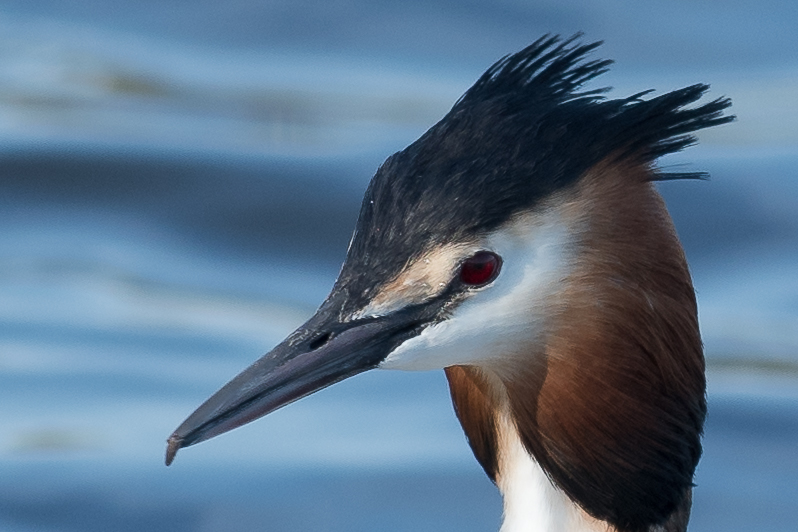 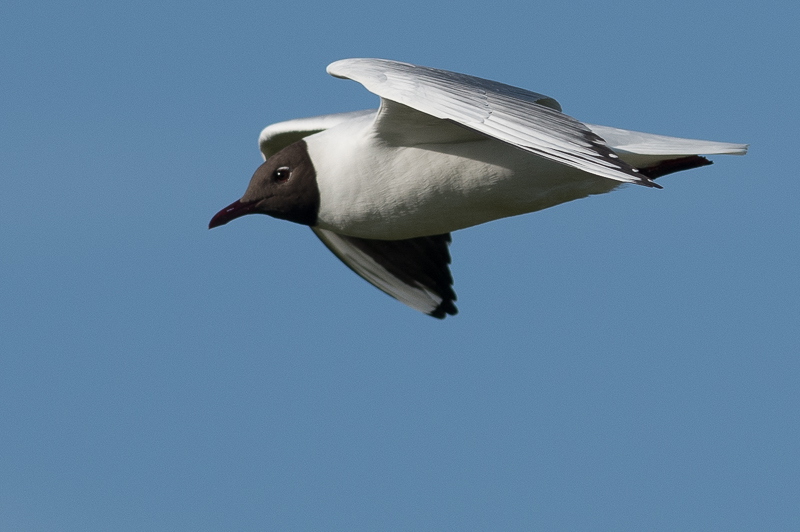 With excellent light like this, the D500 is almost a point-and-click camera for birding.  The 300mm F2.8 lens probably also helped, as compared to the 80-400mm F5.6 that I used for the other pictures.  A duck that flew just in front of me came out pretty decent too.  That would have been impossible with the D7100.

View NXi is the current version of the Nikon photo viewer.  It is View NX with some updates.  It is still a good viewer.  View NXi is needed to interpret Nikon specific data, like seeing the autofocus points.  I could not yet find an Adobe Lightroom plugin to show the focus points for the D500 raw files.

Capture NX-D is the replacement product for Capture NX2, but I did not like it.  So I am learning to use Adobe Lightroom 6 now.  Version 6 is needed to get Nikon D500 support.  Adobe did actually have a reasonably priced upgrade from my Version 5 product, so I did not have buy the subscription (yet).  Some Capture NX2 like functions are available in the Google NIK toolset that integrates in Lightroom.  This is now a free download.

Adobe Lightroom does not update the raw files.  In a way that is a good thing, but for the software I wrote to create my birding website I need the metadata (bird name and location) in the raw and JPG files.   I see two options: use View NXi for the tagging like before, and/or use EXIFTOOL and some scripted code to copy the metadata from the Adobe XMP sidecar in the raw and JPG files.  I tried a few simple cases, and that works conceptually. I just need to do some coding around it.

All the JPGs in this post are exports from Adobe Lightroom.   Sharpening is typically set around 5, radius at 1.1-1.2 and detail between 25 and 35.  Where possible, I used masking to avoid sharpening the noise in the background.

I pre-ordered a Nikon D500 and yesterday was the big day: an email from my dealer that my camera arrived.  So this morning I went to the store to get it.  In this post my first impressions as a unpack the box and go out for the first few pictures.

My current camera is a Nikon D7100, and the D500 feels very similar.  That is a good thing as far as I am concerned.  What I am hoping for is a camera with the same sharp images as the D7100, but a faster and more reliable autofocus.  On top of that, the D7100 has some nice additional features including the ability to get the GPS information from your cell phone via a bluetooth connection.

It is bit strange that the 45 Mbyte/s minimum spec is so low, you would think that they reason to use an XQD slot is to get more performance.  So possibly the faster cards save bursts more quickly, I do not try that.  That would certainly be useful.  The high speed burst performance is quite impressive.

No iPhone Connection (and hence no GPS Coordinates) Yet

Unpacking the box, the very first pages talk are about the SnapBridge software that is needed for this function.  But … the application is not yet in the AppStore, ‘Coming to the App Store summer 2016’.  That is pretty vague and disappointing.  So no GPS coordinates on the pictures yet. 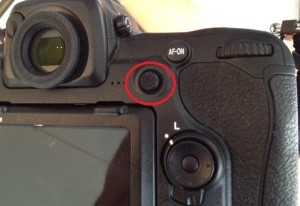 As I read through the manual (yes, I really did scan the manual before going out with the camera), I tried the touch screen.  It is really nice to be able to scroll through the pictures, and to zoom in with finger control.

Another really nice feature is a new button called the secondary selector (shown on the left) that allows you move the focus point while composing the image.  As this is a single button rather than a wheel, it is easier to find without looking at the body. I am sure I will get used to this, it is very similar to the trackpoint that is used as a mouse replacement on Lenovo laptop keyboards. 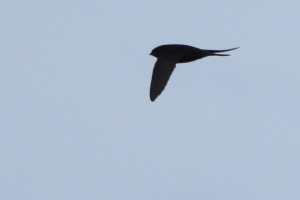 The most challenging test for the Nikon D500 that I could think of was to make pictures of flying swallows with my Nikon 80/400mm F5.6 lens.   In the ‘Automatic field AF’ mode, combined with AF-C, the camera did indeed find the swallows.  Quite impressive by itself.  However, the resulting pictures show no detail, just for reference one photo (EV +1, 1/5000 sec, ISO 400, F5.6).  So that remains too hard.  I need to try again later with the 300mm / F2.8 that should be better suited for this task.

Also, as I shoot these pictures a dark spot appears in the sky on every picture.  It looks like a bit of oil or something similar that fell on the sensor.  I will have to go back to the store to have this looked at [they said it was dust on the lens, in any case the problem is gone]. 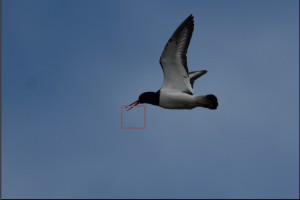 Next attempt was an Oystercatcher, a bigger bird that does not move as fast.  Just as for the swallows, the camera finds the bird, despite the rather slow lens. The picture on the right is a screen-copy with the autofocus point included.  The developed picture (Capture NX-D) does not show as much detail as I had hoped, but as it was about to rain maybe this is all I can expect. 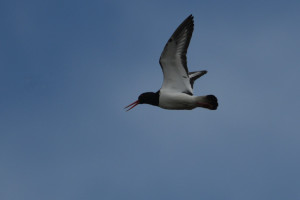 It is hard to know how good this picture really is for me, since I am very much used to developing my photos with Capture NX2.  Capture NX2, however, is no longer supported by Nikon.  They now provide Capture NX-D as a replacement, which is a much more basic solution.  Despite the name, there is no resemblance to Capture NX2.   For now, the picture on the left is the best can make out of it.

I will probably have to find another solution.  Maybe go with the flow and learn Adobe Lightroom.  Unfortunately, Adobe LR 5.7 does not support the Nikon D500 either.  They want me to upgrade to a LR 6.x subscription.  As a software vendor, I like subscriptions too, but as a I customer I am not so convinced.

As I walk back to the car, an easier bird presents itself: the colorful European Goldfinch, a good test target too.  For this picture I used point selection, pointing the autofocus on the bird.  Below the full picture, scaled for the web site resolution. so you can see that the bird is still a small portion of the whole frame.  This one is taken with 1/1600s, F6.3, ISO 400. 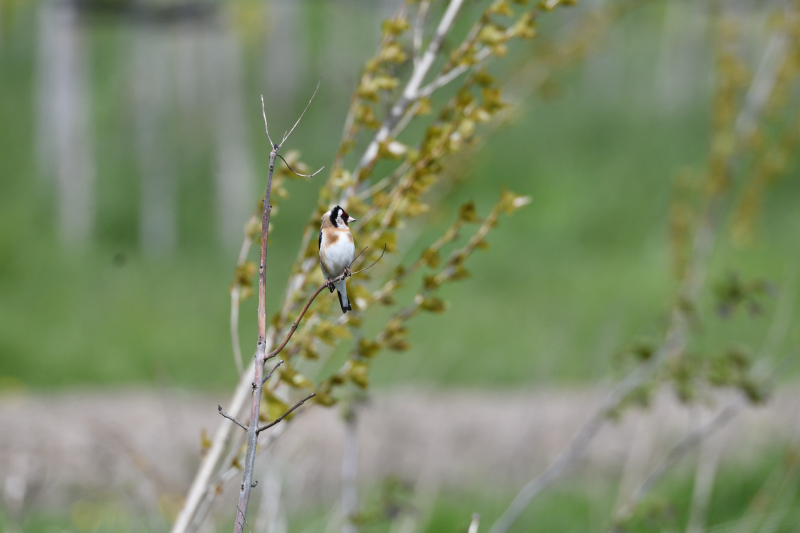 The resulting crop photo is pretty decent, although still fairly noisy (see the green background).  I did sharpen the picture, without reducing the noise.  The crop is pretty much actual pixels. 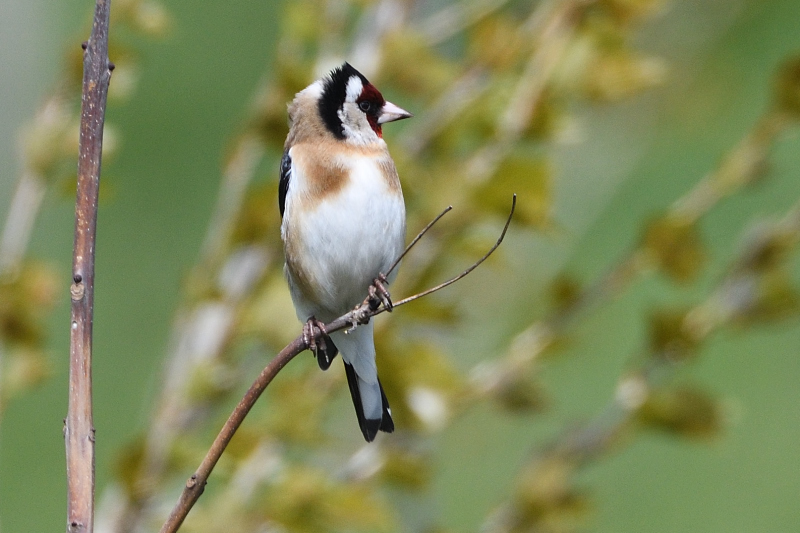 Larger birds are easier of course, the Northern Lapwing below shows more detail on the bird.  You need to click on the bird to see more details.  The settings were similar: 1/1600s, F5.6, ISO 400.  This picture is taken with the 600mm F4 lens. 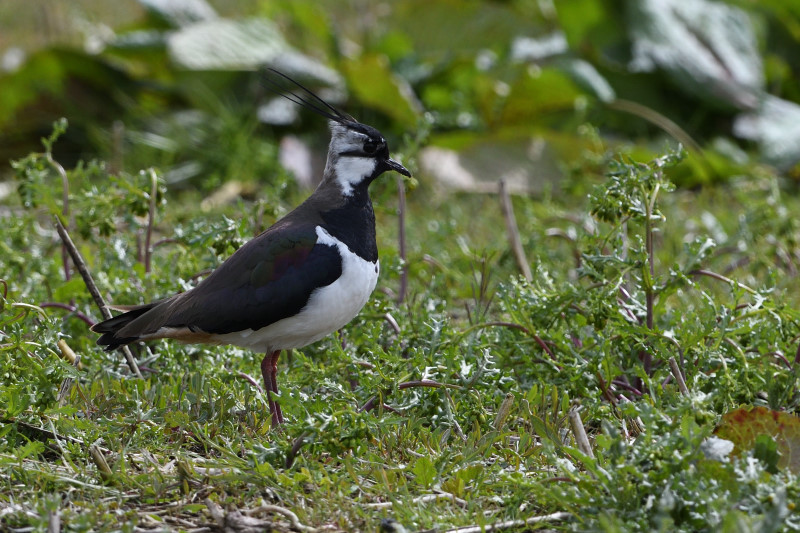 Hopefully I will have more time (and better weather) this weekend to make more pictures and find out what the camera can really deliver.  And maybe do some comparisons between the D7100 and D500. 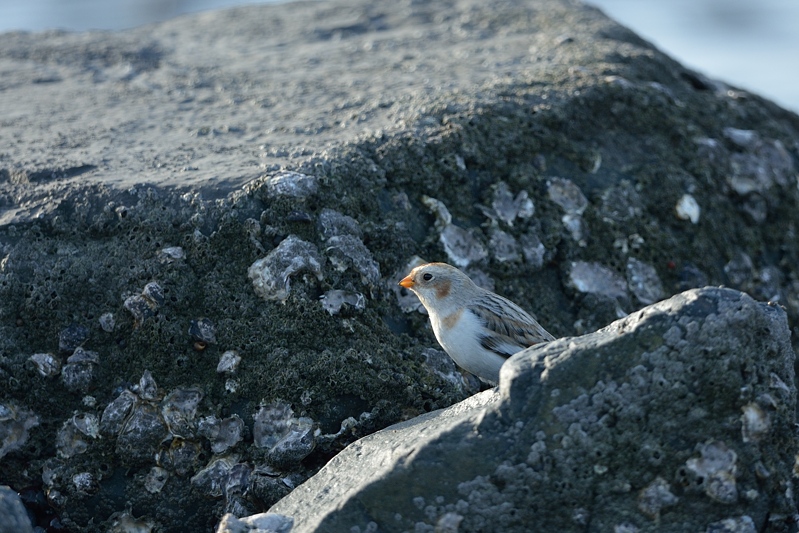 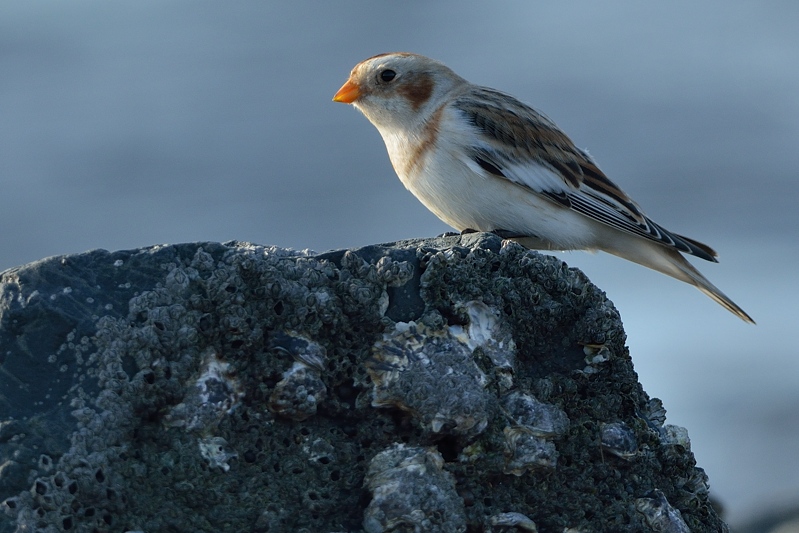 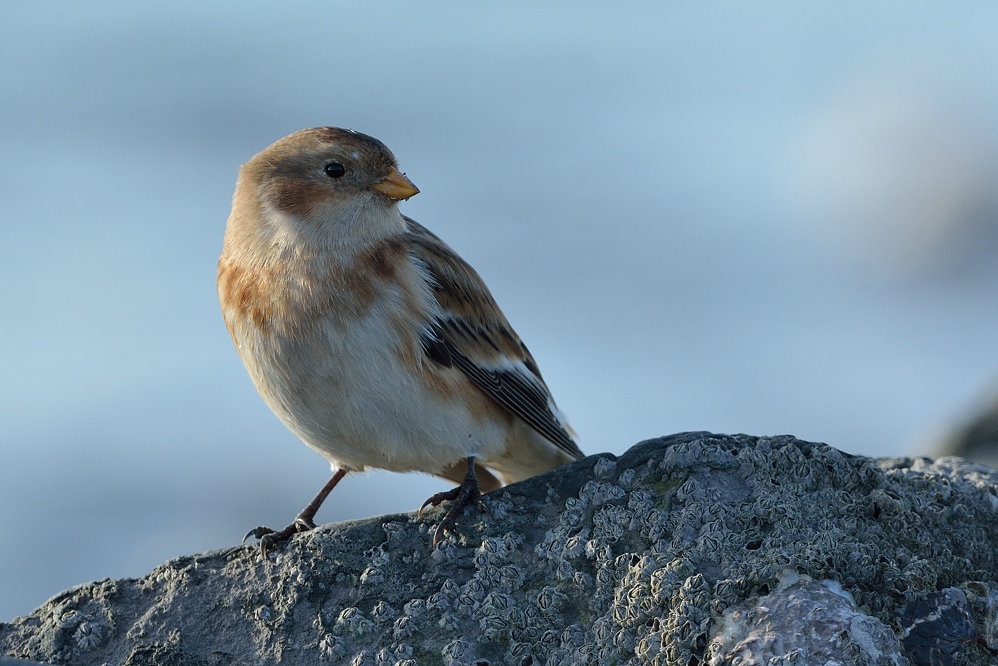 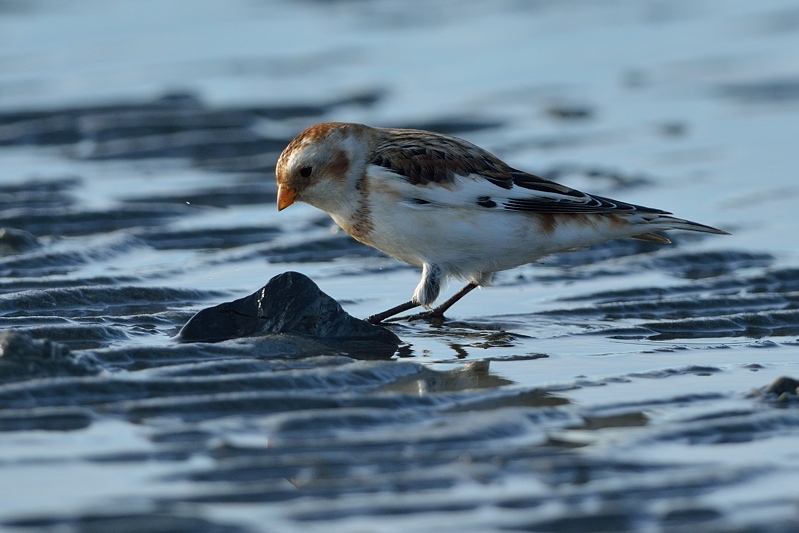 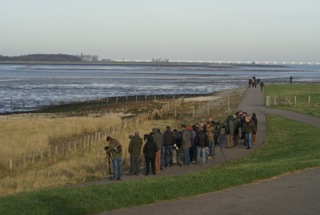 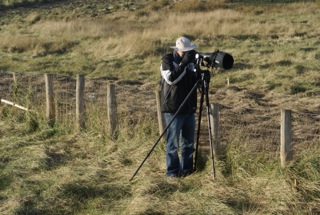 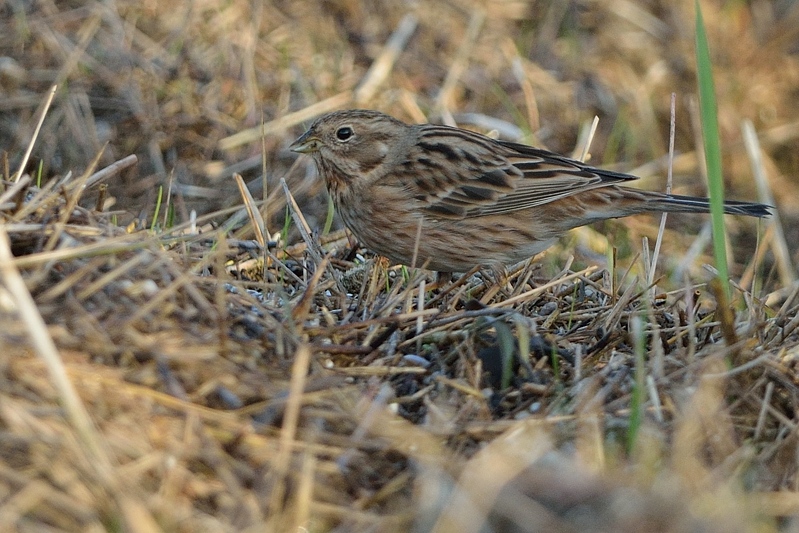 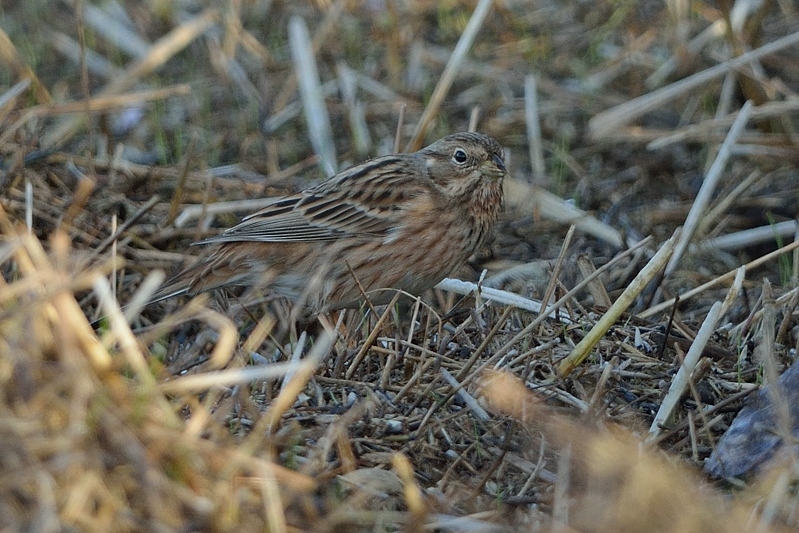